“Promise me that no matter what happens you will always remember…”

“You are braver than you believe stronger than you seem and smarter than you think”, Christopher Robin smiled.

“But the most important thing is that even if we’re apart we’ll always be together.”

Unknown to many Winnie-the-Pooh is a series of books for children by A.A Milne. It has received popularity through the Disney movie franchise. In my opinion it is the best franchise created by Disney till date. Although I have not read the books, I have watched the series religiously.

Winnie-the-Pooh revolves around Winnie-the-Pooh, a teddy bear belonging to young Christopher Robin and their many adventures together with the other stuff toys in the beautiful Hundred Acre Woods. The main themes of the stories is childhood innocence and friendship. There has never been a plot so sweet , innocent and lovable. Each character be it Pooh, Piglet, Rabbit, Tigger or even the gloomy Eeyore strikes a chord in our hearts.

Winnie-the-Pooh makes us smile intuitively, laugh heartily and even cry silently. The ending is strikingly sad and touching. It goes like this-

Wherever they go and whatever happens to them on the way in that enchanted place on the top of the forest a little boy and his Bear will always be playing.

I really wish! But we all know that Christopher won’t be a little boy forever. But who knows, maybe he’ll still remember his old friends. As Winnie said,

View all posts by Nandika Bansal

5 thoughts on “Why I still love Winnie-the-Pooh” 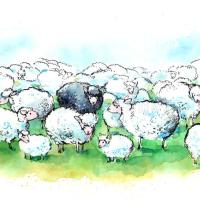 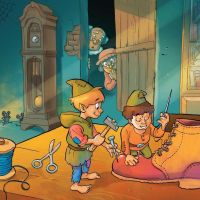